James Bond actor Sir Sean Connery is the Scot that most Britons would like to share a dram with, according to a new YouGov poll for the Spirit of Speyside Whisky Festival. The research revealed that 22% of people would prefer him as a drinking partner over historical figures and fellow stars from the world of Scottish entertainment, sport, and politics.

Mary Queen of Scots came second in the poll with 9% of the vote, fending off competition from the likes of tennis player Andy Murray (5%), football legend Sir Alex Ferguson (8%) and poet Robert Burns (5%). But there was bad news for former First Minister Alex Salmond – he tied with Britain’s Got Talent singer Susan Boyle for last place in the list of famous drinking companions (3%).

Mr Salmond did not fare much better when respondents were asked to indicate which celebrity – living or dead – they would most like to share a drink with. The poll showed that more people wanted to have a dram with UKIP leader Nigel Farage than the Scots politician.

As the nation marks the 50th anniversary of his death, Winston Churchill was found to be the famous figure that most people wanted to sit down and enjoy an alcoholic drink with (7%). The formidable former Prime Minister beat comedian Stephen Fry into second place (2%), while Elvis Presley was third (2%).

The poll was commissioned by the Spirit of Speyside Whisky Festival as part of a study into whisky drinking habits ahead of this year’s event. The five-day celebration of Scotland’s national drink, which takes place in the country’s most prolific whisky-producing region, takes place from April 30 to May 4.

Spirit of Speyside Whisky Festival chairman James Campbell says he can understand why Sir Sean was such a popular choice. He adds, “I suppose he could be compared to a fine single malt – sophisticated, full of flavour, very rich and distinctly Scottish“.

“Sir Sean may be more accustomed to picking up awards and being recognised for his acting, but I hope that he will be delighted with this slightly more unusual honour. Sir Sean has lived in the Bahamas for many years, but if he wants to come home to Scotland for the Festival there will clearly be no shortage of people queuing up to share a dram with him.”

The poll of over 2,000 UK adults found that whisky was the most popular spirit drink with the nation’s men (27%), and particularly for adults aged 55 and over (22%). However, the 25-34 age group represented the second biggest segment of whisky drinkers (18%).

Whisky remains more loved in Scotland than in any other part of the UK, with 22% of Scots surveyed saying it was their tipple of choice. It tied with vodka for the most popular spirit in Scotland.

Mr Campbell says, “I think that we can really take heart from the results of this survey, which shows that whisky remains a popular drink across the UK. For many years it had the perception of being a stuffy old man’s drink, so we are particularly pleased to see that males in the 25-34 age group represented the second-largest sample of whisky drinkers“.

“The Spirit of Speyside Whisky Festival has grown year on year, and last year we attracted 27,227 visits to events. Our visitors come from all over the UK, but a huge number also come from overseas, and this underlines how passionate people are about Scotch whisky.“

“Tickets for this year’s Festival go on sale on February 3, and this year there are over 400 events on the programme. We offer exclusive behind the scenes tours of distilleries, nosing and tasting experiences, food pairing, music events, art exhibitions and wildlife walks“.

“The programme is incredibly diverse – so much so that it’s even possible to visit and enjoy the magical atmosphere of Speyside and the Festival without even touching a drop of whisky.” 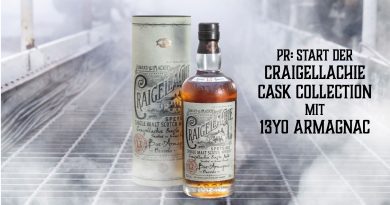 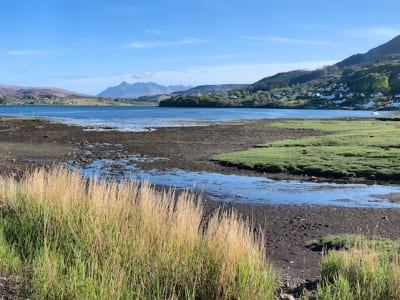