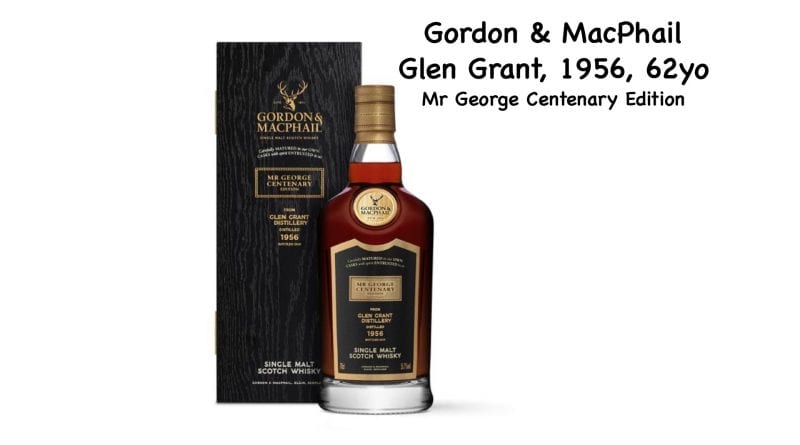 Single malt Scotch whisky creator Gordon & MacPhail has released a single malt to honour George Urquhart, member of the second generation of the company’s owning family, in what would have been his centenary year.

Only 235 bottles of the Mr George Centenary Edition from 1956 from Glen Grant Distillery, selected for bottling by his grandson, Stuart, are available worldwide.

Laid down by Mr George Urquhart himself in a hand-selected first fill Sherry Butt on 13 December 1956, this exquisite 62-year-old single malt features spirit from one of his favourite distilleries, Glen Grant.

‘Mr George’, as he was fondly known by those who knew him best, forged new relationships with many of Scotland’s distillers and became arguably the world’s most foremost expert in how to combine oak, spirit and time to create single malt whiskies. He was instrumental to the success of single malt, championing it at a time when the vast majority of whisky went towards the production of blends. In 1968, Mr George created the Connoisseurs Choice range, giving little-known distilleries a platform to have their whisky enjoyed as a single malt.

A short film about the man and his legacy:

“It is no exaggeration to say that George Urquhart was the father, the originator, of the current success and appreciation of scotch malt whiskies.” Charlie MacLean, renowned whisky writer.

Mr George’s grandson, Stephen Rankin, our Director of Prestige commented: “Our specially selected Mr George Centenary Edition embodies the qualities that made Mr George a master of his craft; patience, depth of character and exquisite taste. Not only was Glen Grant one of his favourite drams, the year 1956 is especially significant as this was the year George became Senior Partner at Gordon & MacPhail, marking the first step in a new direction for the company. It’s also a reminder of the importance of maintaining relationships built on respect – something which has become our family’s philosophy. Many of these relationships, built decades ago, still thrive today.”

For more information on the Mr George Centenary Edition from Glen Grant Distillery and further releases in the 2019 Autumn Collection, click here 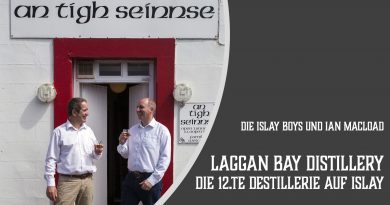