In the depths of our Bruichladdich Distillery’s warehouses, spirit lies in the weird and the wonderful. Long-revered as pioneers of cask experimentation, few stones have been left unturned in their infinite search for flavour. And yet, in a strange twist of irony, it’s one of the most historic cask types that is the path least travelled by their spirit – SHERRY.

Despite being a fan favourite, quality sherry casks are some
of the most difficult to procure for the Scotch whisky industry. The solera system adopted by Spain’s Bodegas mean few genuine casks make their way onto the marketplace. Bruichladdich’s refusal to source anything but the genuine article has made their sherry-influenced whisky incredible rare.

That being said, time and effort has been invested to develop a long-standing relationship with one of the most interesting Bodegas in Spain – Fernando de Castilla in Jerez.

With Islay’s Festival of Music and Malt just around the corner, Bruichladdich’s Head Distiller Adam Hannett has taken to their warehouses to identify a unique whisky. One that is sure to reward the pilgrims who travel each year to Islay, to celebrate malt, music and a gathering of like-minded ‘Maltheads’.

This year, Adam has really outdone himself.

This super-heavily peated Octomore spirit, reaching 162.6PPM, was distilled in 2007. It has spent its entire maturing life in the finest Oloroso and Pedro Ximinez butts from Fernando de Castilla. Just four were hand selected and combined to create a whisky of astounding rarity and significance. Having celebrated its 12th birthday in February this year, it is the oldest Octomore released to date.

“The flavour profile is unbelievable, huge smoke, huge dried fruit notes and an earthy, rounded presence on the palate, unlike younger expressions of Octomore this is less vibrant but it has even greater depth of flavour – tobacco, coffee, tar, leather and that earthy dried smoke quality.” – Adam Hannett

As with all Fèis Ìle bottlings, this Octomore will only be available to purchase at the distillery from the 26th of May 2019. As the release is limited to just 2,000 bottles, it is likely to sell out on the day of release and will be limited to two bottles per person at £175 each. 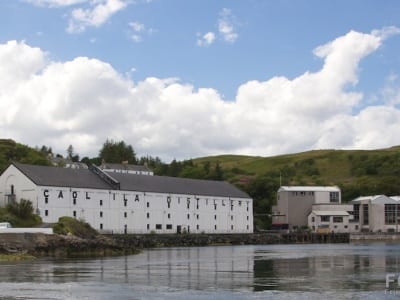