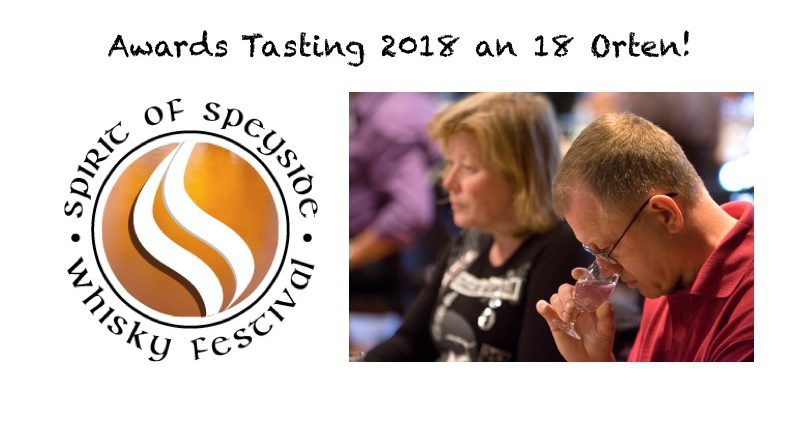 A record-breaking number of whisky drinkers from around the globe are to determine Speyside’s top drams in one of the industry’s best-loved award schemes. The Spirit of Speyside Whisky Festival Awards is stopping off at 18 different venues with its roving judging sessions – 10 more than it visited last year.

Whisky drinkers in Canada, the USA and Europe – as well as the UK – will be asked to cast their vote following a blind taste test of eight malt whiskies that have been distilled in Speyside – Scotland’s most prolific whisky-producing region.

The expanded number of venues taking part in the Spirit of Speyside Whisky Awards sessions underlines the international appeal of the event and how much it resonates with people around the globe, says Festival manager John Blyth. He adds, “From one international judging session in 2016 to eight overseas venues in 2018 – that shows the high regard in which Speyside whisky is held on a worldwide stage. Traditionally, judging sessions were held on Speyside during the Festival but we felt that staging these roving sessions abroad would help to increase awareness with international audiences. Now, however, rather than just being a vehicle to promote the Festival, we are hosting sold-out events, with those passionate about whisky delighted with the opportunity to cast their vote in such a hotly-contested awards scheme.”

The roving sessions will kick off later this month at Dr Jekyll’s Bar, Oslo followed by Scotia Spirit in Cologne – the venue that started the overseas trend – and will go on to visit new venues including The Brandy Library in New York and the Hopscotch Pub and Brewery in Toulouse.

Sessions have already taken place at the Scotch Whisky Experience in Edinburgh as it celebrate its 30th anniversary, and there are also plans to host a round at renowned Glasgow whisky bar The Pot Still. Visitors to the Festival from May 3 to 7 will also be able to cast their votes at a number of venues across Speyside.

The eight finalists in four categories have been whittled down from an extensive entry list by a panel of industry experts. The awards, sponsored by coppersmiths Forsyths of Rothes, are unique in that the winners are determined by the whisky-loving public.

Judging will be in the form of a blind taste test, ensuring that drinkers have to pick a favourite on taste alone and cannot be swayed by brand loyalty. The winners will be announced at the festival’s closing ceilidh, hosted by The Craigellachie Hotel, on May 6.

John says, “It’s a real honour for the distillers because they know the award is being given to them by the public – the people who will actually go out and buy their whisky. The awards judging sessions are always one of the most popular activities on the programme, with thousands of votes being cast over the years. The beauty of the awards is that you don’t have to be an expert to take part – you vote simply for the one you think tastes best. That approach mirrors the whole ethos of the Spirit of Speyside Whisky Festival in that we want to provide something for everyone, whether you are a malt connoisseur or a curious novice. With 500 events taking place over five days, we have everything from exclusive distillery tours to wildlife walks – it’s even possible to come to the Festival and revel in the atmosphere without touching a drop.”

The Spirit of Speyside Whisky Festival is one of the biggest events of its kind in the world. The five-day celebration includes a packed programme of events involving food, music, heritage and crafts alongside a wide range of distillery tours and tastings from some of the biggest names in Scotch whisky.

Tickets for all events, including the judging sessions, are available at www.spiritofspeyside.com. Keep up-to-date with the Festival on social media – facebook.com/WhiskyFestival and @spirit_speyside on Twitter and Instagram. 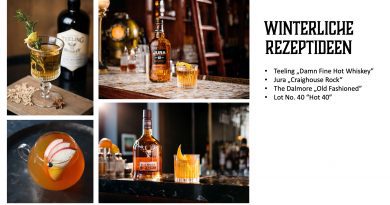 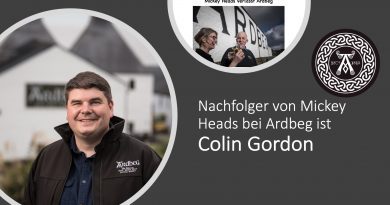 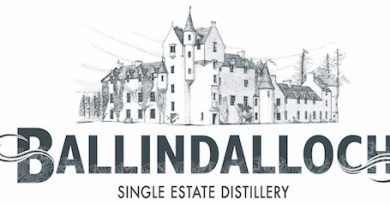