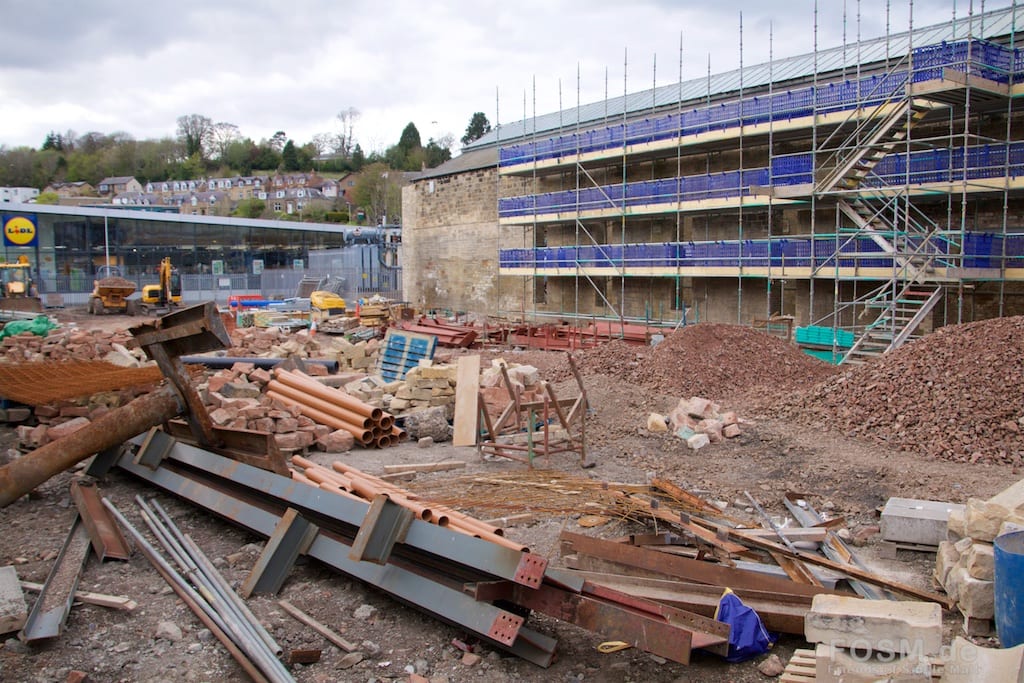 THE BORDERS DISTILLERY® – FIRST SINCE 1837

01.05.2018: It was at 10.11am on 6th March 2018 that new-make spirit started to flow from the copper pot stills at The Borders Distillery in Hawick, a pivotal moment not only for the four founders of the Three Stills Company (TTSC), owners of The Borders Distillery® but also for distilling in the Scottish Borders.

Today, The Borders Distillery® officially opens its doors to the public, marking the revival of an industry that had ceased to exist in the region for nearly 200 years – the last-known distillery closed in Kelso in 1837.

In March 2013, Tim Carton, John Fordyce, Tony Roberts and George Tait, founded TTSC aiming to capitalise on the growth of Scotch Whisky sales, particularly in Malt Whisky, and the explosion in demand for gin made in Scotland. Having all worked at one time or the other at international distillers William Grant & Sons and having spent much of their professional lives in the drinks sector, they knew there was an opportunity to be had in building a new distillery and the opportunity lay in the Scottish Borders.

It was John Fordyce who identified Hawick as a potential location. Having worked for world-leading thread manufacturer COATS plc, he knew that the town not only boasted a plentiful supply of magnificent water but it also, owing to its rich manufacturing heritage, had a skilled workforce that to tap into. This, coupled with the absence of an operational distillery and the fact that the region is the heartland for barley production in the UK, presented a compelling case for the distillery to be built in the Scottish Borders as Tim Carton, CEO explained. “There were some very convincing arguments for us to look to the Scottish Borders for our distillery,” he said. “The skilled labour market and textile manufacturing history, particularly in tweed and cashmere, were two big influencing factors, as was ready availability of natural resources and raw materials.”

In November 2015 TTSC announced that it had reached its £10m fundraising target to be able to realise its vision for The Borders Distillery® and work started a year later on the 1.3-hectare site overlooking the River Teviot in Hawick.

The site houses two large sheds, dating from 1888, and a Tudor Cotswold building, which was constructed by Hawick Urban Electric Company in 1903. TTSC took the decision to preserve as much of the buildings’ historical features in the redevelopment as they could and, under the guidance of GMA Architects and contractors M & J Ballantyne, signs of this sensitive restoration style are evident throughout.

The random rubble construction walls have been left exposed; the original trusses, wooden sarking and aluminium batons spanning the mash and still halls, have been fully refurbished. Wherever possible, materials have been salvaged, reused or repurposed: stonework, ironmongery, doors, even slates have all found new homes.

The creation of a sustainable business model that would deliver social, environmental and economic benefits was fundamental to the TTSC management team.

Up to nineteen jobs will be created locally across the business’ core functions and over 65% of the civil budget was spent in the Borders area. The barley sourced for distilling is entirely grown in the Scottish Borders, while all co-products (draff, spent lees and pot ale) will be used solely in the region. Process water for the distillery is drawn by borehole from the water table and cooling water is taken from the River Teviot, in the same way the town’s textile mills have done for centuries.

The distillery comprises a visitor centre and shop on the ground floor and entertaining/meeting space on the first floor: the open-plan Gallery, furnished with a bar and lounge seating, and the Teviot Room. The still hall is equipped with two wash stills, two spirit stills and a specially commissioned Carter Head still, all manufactured by Forsyths of Rothes. Operating at full capacity, The Borders Distillery® can produce up to two million litres of pure alcohol.

It will be a minimum of three years in cask before the first Borders Distillery Single Malt can legally be made available for sale. TTSC, however, already has two brands in market: Clan Fraser, a blended scotch whisky, and Lower East Side, a blended malt scotch whisky.

Tim Carton added: “It was five years ago that we (the founders) came together to create a business plan that would spearhead the resurrection of an industry that had been lost to this region for generations. This is a seminal moment for our business. In addition to being the first Scotch Whisky distillery to exist and operate in the Scottish Borders since 1837, we are now in a position to contribute to the growth of this fine industry. Scotch whisky is again experiencing exciting times with growth fueled by new and more mature markets.”

Scotch Whisky is the world’s number one internationally traded spirit drink and it enjoyed a record-breaking year for exports in 2017. According to official HMRC data, last year Scotch grew in both volume and value (by 1.6% and 8.9% respectively) to a total of £4.36bn – the equivalent of 1.23bn bottles exported globally.

The Borders Distillery® is open 10am to 4pm Monday to Saturday and guided tours are held on the hour, every hour, for a ticket price of £12.