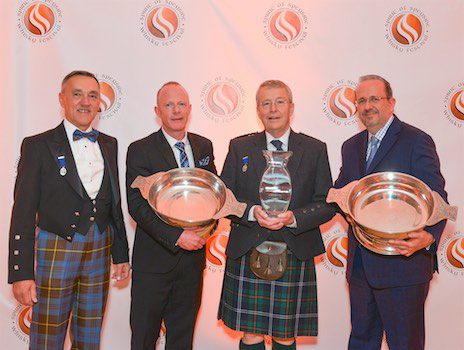 A five-day festival celebrating Scotland’s national drink kicks off in earnest today (Thursday, May 3) but revellers on Speyside – the spiritual home of the country’s whisky industry – have already had plenty cause for celebration.

A gala dinner to officially launch the start of the Spirit of Speyside Whisky Festival took place last night, during which three winners were crowned with prestigious awards recognising those who have a special place in the event’s heart.

Festival goers from all over the globe joined those involved in the region’s whisky production to see industry veteran Ian Urquhart – a former managing director of world-renowned merchants Gordon & MacPhail – presented with the Spirit of Speyside Award.

Last night’s gala dinner at Benromach Distillery in Forres was something of a homecoming for Mr Urquhart, who played a significant role in Gordon & MacPhail’s decision to purchase the distillery. Production restarted there in 1998, and the host venue is celebrating 20 years of distilling under the company’s ownership this year.

Festival chairman James Campbell said: “Ian has played a pivotal role in developing the Scotch whisky industry at home and abroad and is an obvious choice for this very prestigious honour. He not only spent 41 years with Gordon & MacPhail, helping to steer it on the path to international growth and to become the multi-million-pound operation that it is today, but he played an integral part in getting Benromach back into production, leading to the creation of some of the finest malt whisky that Speyside has to offer. The festival also owes him a debt of gratitude: in his role as company secretary from 2006 to 2011, he played a key role in developing the event into the festival that we know and love today. Without his support, we would not be welcoming visitors from countries from Kazakhstan to El Salvador. We are now a truly international event, and that is in no small part down to Ian’s knowledge, passion and enthusiasm.”

In addition to his work with the whisky industry, Mr Urquhart is director and chairman of another famous Speyside firm – Johnstons of Elgin cashmere mill – and has been a past director of Food and Drink Scotland. He’s a deputy lord lieutenant of Moray and a director of tourism organisation North Coast 500 Ltd.

It was another leading light in the local tourism industry that picked up the Spirit of Speyside Whisky Festival ambassador award.  Laurie Piper, operations manager for Moray Speyside Tourism, has worked tirelessly to raise the profile of the region since joining the organisation two years ago.

Mr Campbell said: “His buzzword in the past two years has been collaboration: he has achieved great things by helping town partnerships and local businesses work together to the same end results, and in doing so has ensured Moray Speyside is recognised far and wide as a great place to visit.”

Laurie, who has worked on several high-profile events over the years – including Edinburgh’s Hogmanay – has been instrumental in raising awareness of the local area with the travel trade, and many have now introduced new itineraries to include the Moray Speyside region. His work also led to BBC Countryfile naming the area as it’s only Scottish finalist in its Holiday Destination of the Year awards.

Germany was the destination for the third accolade of the night – the international ambassador award. It went to Peter Klas, a Cologne-based businessman who opened a Scottish luxury goods store after being inspired by a visit to the festival.

“One of the key events of the festival is the Spirit of Speyside Whisky Awards – a contest in which members of the public vote for their favourite Speyside whiskies following a blind taste test. The fact that these judging sessions are now held in a number of international destinations as well as here at the Festival is down to Peter,” said Mr Campbell. “On one of his visits to the festival, we suggested that we could possibly visit Cologne and have a session of the whisky awards judging there. The rest, as they say, is history. We now hold awards in eight international destinations, and more will be added in future. Peter comes back to the Festival each year, bringing with him more and more of his friends. He stages two whisky tastings every day in his shop and we are incredibly grateful that he introduces people to our great Speyside whiskies, and recommends that they come to pay us a visit.”

Hundreds of guests attended the gala dinner, which kick-starts the festival. It takes place over the next five days and comprises over 500 events. From exclusive behind the scenes distillery tours and whisky and food pairings, to heritage walks embracing the local landscape and fun, family-friendly events, there is something for everyone on the programme.

The festival has now been running every May Day bank holiday weekend for the past 19 years. This year looks set to be one of the most successful yet, with a record breaking number of tickets sold.

A staggering 116 events sold out within 24 hours of tickets being launched, but revellers who are planning a last-minute trip to Scotland’s malt whisky country will still be able to find events to attend right up until Monday evening.

Details about events with ticket availability can be found at www.spiritofspeyside.com. There are also regular updates on social media – facebook.com/WhiskyFestival and @spirit_speyside on Twitter. Use the hashtag #dram18 to search. 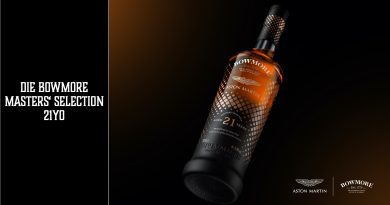 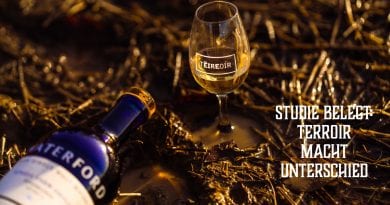