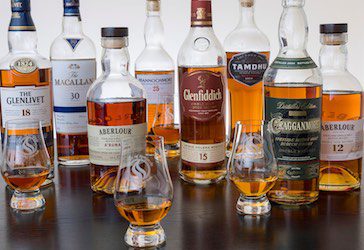 Single malts from the stable of whisky giants Chivas Brothers have taken the lion’s share of nominations in this year’s expanded Spirit of Speyside Whisky Festival Whisky Awards. A panel of industry experts shortlisted the firm’s drams in three out of four categories following a blind taste test.

The distiller’s Aberlour a’bunadh, Aberlour 12-year-old and Glenlivet 18-year-old have all been shortlisted for the accolades. The number of categories in the awards has been expanded from three to four this year in order to reflect the huge range of Speyside whiskies in circulation.

The eight finalists will now be put through the taste test by members of the public at a series of roving judging sessions taking place during the Spirit of Speyside Whisky Festival, which runs from April 27 to May 1.

In the non-age statement category Aberlour a’bunadh is up against Tamdhu Batch Strength 002 – a malt produced by Ian MacLeod Distillers.

In the category for malt 12-year-old and under, the Aberlour dram will battle it out with Cragganmore 2004 Distiller’s Edition, produced by Diageo which also has another finalist in the 20 and over category.

In the 13-20-year-old section it is a head to head between two of the world’s biggest brands: The Glenlivet 18-year-old will go up against Glenfiddich 15-year-old from William Grant and Sons.

The two shortlisted whiskies in the 20 years and over category are Mannochmore 25-year-old Special Release and The Macallan 30-year-old Sherry Cask, produced by The Edrington Group.

The judging panel was made up of expert noses from the spirits industry, including retailers, writers and hoteliers. Among them were renowned French food and drink writer Martine Nouet, Mike Lord from drinks emporium The Whisky Shop Dufftown and Dave Broom, editor-in-chief of industry bible scotchwhisky.com and the current holder of the Spirit of Speyside Whisky Festival International Ambassador Award.

Festival director Julie Fraser, who manages the awards programme, says the panel of nine judges had a very difficult time whittling down the 48 entries across the four categories.

“I don’t envy them their task. Although it sounds like the perfect way to spend a wintry afternoon on Speyside, it is actually a really difficult role to perform and it is not one that I, even as a whisky fan, would relish,” she says. “As with any other awards scheme, the judging is always performed in a blind taste test to ensure that the results are completely neutral.  Although the panel may sometimes have an idea about what is in the glass they have no way of knowing for sure and I think it is quite fair to say that a few of them were rather surprised when the identities of the whiskies were finally revealed. The judges felt that all of the entries were of a very high standard this year, and it made their job of selecting just two finalists in each category particularly difficult.“

Festival chairman James Campbell adds, “From the discussion that took place afterwards I think that we were able to dispel the myth – once again – that such a thing as a typical Speyside whisky exists. Over the many years that these awards have been running we have been able to shake off the perception that Speyside always equals light and fruity: the reality is that Speyside whiskies offer something for all palates from the rich and fruity to the spicy and peated and to the light and floral. But the judges have now had their say and the final decision rests in the hands of the public who attend the roving judging sessions. Last year hundreds of votes were cast, and every year we see more and more people wanting to participate, place their vote and help influence the eventual winners. I think our distillers would agree that the fact that these awards are voted for by the whisky-drinking public – the people who actually go out and buy their product – makes winning all the more of a special achievement.”

The Spirit of Speyside Whisky Festival Whisky Awards made its international debut last year when one of the judging sessions was held overseas. The event was hosted in Scotia Spirit – a luxury Scottish food and drink store based in Cologne, Germany.

The success of that event has led the organising committee to consider holding judging sessions in other international locations this year. Plans are still being finalised, but it is anticipated that five overseas panels will be held before the start of the Festival.

The awards are sponsored by Forsyths of Rothes – the coppersmiths responsible for building many of the pot stills in which the shortlisted single malts were distilled. The judging took place at the luxurious Knockomie Hotel in Forres, which sponsors the tasting session.

The awards prize-giving will take place at the Festival closing ceilidh on Sunday, April 30 at Knockando Distillery.

Based in the heart of Scotland’s malt whisky country, the Spirit of Speyside Whisky Festival takes place over five fun-filled days from April 27 to May 1, 2017. It comprises over 500 events, taking place from Kingussie in the south to Forres in the west and Buckie in the east.

Visitors, who come from all over the world to celebrate Scotland’s national drink, can enjoy exclusive distillery tours, whisky nosing and tastings, food pairing events, music, outdoor activities and other cultural attractions.

More information about the Festival is available at www.spiritofspeyside.com Tickets are available to buy for all events – including the awards judging sessions – from the website from February 7. The Festival is active on social media – facebook.com/WhiskyFestival and @spirit_speyside on Twitter and Instagram. Use the hashtag #dram17 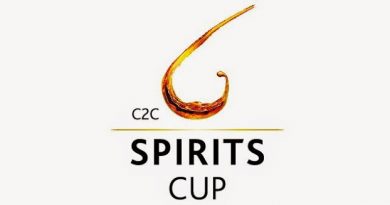 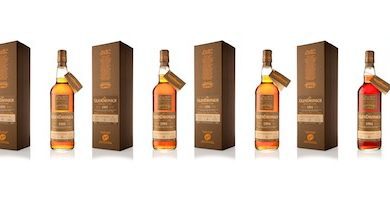 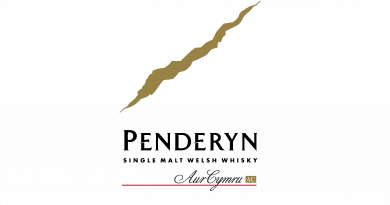